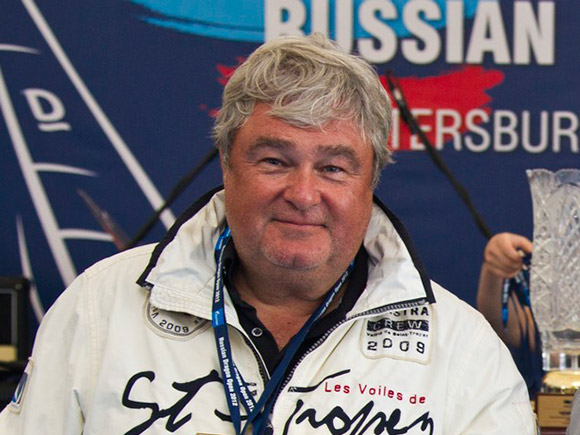 The first quarter of 2016 is already behind us. The fleets in Cascais, Cannes and Dubai successfully completed the traditional Winter Series and the first Grade One event was held in the South of France. Even in the North a few regattas have been held too, notably the Easter Cup in Holland with 26 boats at the Ijsselmeer. Spain has revived its interest in the class by organizing a wonderful Princess Sophia Trophy for Dragons again in Mallorca over Easter. The class is very alive and is preparing for the spring season with more Grand Prix, national and club events.

The IDA officers are also very active in discussing the future of the class and developing visions and the methods of promoting the Dragon in the sailing and leisure environment. Our sailing coordinator and blogger Martin Payne is working hard to help the organizers and to report on the most interesting races.

In my first blog as the Chairman of the class I want to address two important issues which have been the subject of intense debate in the Class recently.

The Grand Prix in Cannes in February made me think about our longstanding discussions and criticisms of professional sailors in the Class crowding out Corinthians and club sailors from major regattas. I am very glad to report that the Cannes event was won by a newcomer to our class (but a very experienced sailor) from Finland, Peter von Koskull, followed by Gavia Wilkinson-Cox and Lawrie Smith. The conditions were difficult, the distances long and the competition with 51 boats was tough. The winner overall was a Corinthian crew. Second on the podium was a lady! And the winning boat was an old Dragon chartered for this regatta. It was a clear proof that all fears about pros giving no chance to Corinthians are irrelevant.

It is a common psychological phenomenon to allow our suspicions to affect our judgement and to make conclusions based on assumptions. There is always fertile ground for gossip and rumour. Unfortunately, the Dragon class is not safe from it.

This brings me to my second point. During the many years I have been sailing Dragons I have heard dozens of stories regarding special boats, special sails and all sorts of electronic equipment used by some competitors. As soon as I tried to find something more specific about reported cases it was always the same – no evidence, no protests, no penalties but the rumour and gossip goes on.

The RRS and the Class Rules are clear about what is legal and what is not. At major events we have measurers who check compliance of the boats with Class Rules and the Jury has the right to protest a boat in doubt. Competitors too have the right to protest if they believe a boat is in breach of Class Rules. We all are very quick to shout protest during the race at someone who we think breaks a Racing Rule but when it comes to measurement issues we try to hide behind others and prefer to lament behind the scenes. This cannot be the spirit of our class which prides itself to be a class of Gentlemen (and Ladies). If there are doubts about a particular boat complying with Class Rules, the forum to raise these doubts is the respective regatta Jury and not the dockside, the bar or even worse e-mail chatter with suspicions and charges. Only a protest with full hearing of both sides and an independent check by the race committee’s measurer can establish if a boat is illegal.

I do not want to say that there are no attempts to push the envelope! Not at all. But I think that the real breakage of the rules is in fact only a percentage of the imagined volumes. And we will never get the truth without one harsh but clear rule: “Protest or shut up!”

That is also the consideration of our TC chaired by Klaus Diederichs. Long and very intensive discussions of the new and old members of this key committee fit into this simple formulation.

We all really want to sail in the most fair one-design keelboat class in the world. We want the boats to remain competitive after decades of sailing. That is why the wizards of our TC are donating a huge amount of hours and their intellectual capabilities to ensure that new materials and new methods of boat building conform to the existing class rules.

So, dear fellow Dragonists! Let us have a very fruitful and fair sailing season! Please address to me or any other officer of the IDA your thoughts and ideas but also complaints. Let us meet at major events for a chat. Only together with an open mind we can make our class EVEN BETTER!